This is MY story of a time period, The Sixties.  Think about all of the songs, music, singers and groups that you loved.  Well this is a story about the musicians who ‘really’ recorded these songs, and unfortunately they remain unknown and anonymous for the most part today.

You will have to indulge me (Gary) on this post.  I know that most of you just love the songs and singers. Well I do too, but even more, I really enjoy the people who created them.

Little did I know, but most of the recordings that I enjoyed in the sixties were really done by a very select group of recording studio session musicians from different parts of the U.S.  I think the operative word to describe all of these musicians is just ‘Talented’. These people were simply very experienced and the best at what they did during that period of time.

I have listened to various comments from some of the most experienced and knowledgeable people on this subject and the majority agree that we will never again see this much concentrated talent in recording Pop Music  from Four Main Areas; those areas being Nashville, Detroit,  Los Angeles and Muscle Shoals.

Now for the first area, Nashville Tennessee, I will state categorically that this is the group of session musicians that I know the least about.  I have heard statements made by some pretty significant musicians who always said, ‘record in Nashville’, but why was that?

Well who knows, you could get Chet Atkins or Floyd Cramer or Boots Randolph or Hank Garland, who knew, but they where the best in the recording business at that time.

There is very little written about the “A-Team”, or Motown’s  “Funk Brothers”, or the West Coast’s “Wrecking Crew”, or Alabama’s “Swampers” sound, but 40 years later some people have created films that chronical how much talent was in those areas back then; it’s all amazing.

I know that the Funk Brothers played on more #1 records than the Beatles, Stones and Beach Boys combined; 91 #1 recordings.  The A-Team really represented ‘Country & Country Pop’ of the day.

So, this is my project; I just love these studio musicians.  Yes, we will probably never see a group like these again, but I do not care, because I was there when Rock and Roll was born and when, in the sixties, we listened to these musicians, but I did not know that they really created the music, the singers were along for the ride, but got all of the credit.
-Gary

Nashville had the “A-Team”

Notable members of “The Nashville A-Team”

The Station Inn or “Gulch” where they recorded…

Motown had the ‘Funk Brothers’.

The Funk Brothers was the nickname of Detroit, Michigan, session musicians who performed the backing to most Motown Records.

These were 13 guys, not brothers, but they just ripped up the charts for decades, but the 60’s, for me were their most significant.  I own a totally instrumental Album, 12″ Vinyl, of Earl Van Dyke and the Soul Brothers (Funk Brothers).

The Funk Brothers – James Jamerson and drummer Uriel Jones in 1964

Standing in the Shadows of Motown –
If you have not seen this movie or DVD, it is excellent.

Earl Van Dyke, was the original leader of the Motown Group.  There is very little recorded by just the “Groups”, but Earl did produce an Album in the Sixties, which I own, called Earl Van Dyke and the Soul Brothers.  These are the only songs recorded by “just” the musicians that I know of. 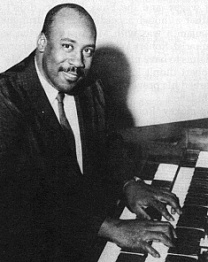 Earl Van Dyke and the Soul or Funk Brothers (60’s)
Nowhere to Run, Can I get a Witness & You’re a Wonderful One

West Coast had the “Wrecking Crew”

The West Coast did not get that much respect, but there was a group of session musicians, primarily in Los Angeles,  who re-defined what great musicians were; they were some of the best Rock Musicians this world will see.  It is very difficult to believe that all of those songs with all of those artists, came from this group.

The name came from Drummer Hal Blaine, who heard some of the older and more stanch music people say “It looks Like these guys are going to wreck the place” [smoking in the studio, etc].  Thus the name “The Wrecking Crew“.

Members of the “The Wrecking Crew”

Though not an official member, Sonny Bono did hang out and contribute to sessions recorded by the Crew.

Alabama had the “Muscle Shoals” Sound

In my haste to get this done, I almost forgot about one other part of the U.S. that greatly contributed to the music we grew up with.  When these four musicians   Barry Beckett (keyboards), Roger Hawkins (drums), Jimmy Johnson (guitar) and David Hood (bass) left FAME Studios they created the Muscle Shoals Rhythm Section.  They were later nicknamed The Swampers (per Leon Russell).

I guess my love of Bob Seger reminded me to include this group of incredible musicians.

The Muscle Shoals Rhythm Section, also known as The Swampers, are a group of American soul, R&B, and country studio musicians based in the city of Muscle Shoals, Alabama. They have appeared on more than 75 gold and platinum hits.

These musicians, one of the best-known groups of session musicians, crafted the “Muscle Shoals Sound.”

The nickname “The Swampers” was given to the Muscle Shoals Rhythm Section by singer/songwriter Leon Russell, who recorded with them.

Jerry Wexler of Atlantic Records brought artists like Wilson Pickett and Aretha Franklin to record with the all-white group of Southern musicians after their success with Arthur Alexander and most notably on Percy Sledge‘s “When a Man Loves a Woman.”

In the 1970s, the Memphis, TN based Stax Records also began bringing artists down to Alabama. Johnnie Taylor had a long run of R&B hits with the group, and The Staple Singers had their greatest crossover successes with songs like “I’ll Take You There” and “Respect Yourself.” Later, they were the sound behind Bob Seger hits such as Old Time Rock and Roll.

The studios in Sheffield were later bought by long-time friend Tommy Couch, owner of Jackson, MS-based Malaco Records, and the group joined other session players, such as key boardist Carson Whitsett, playing behind Bobby “Blue” Bland and other legends on the label, though Beckett left for Nashville, where he established himself as a producer.

This entry was posted in 80's, music, Retro. Bookmark the permalink.