My era was definitely the 1950’s and 60’s – two of the most exciting decades in music.  In 1963 I heard a song that remains with me today, “Blowin’ in the Wind”, which, I think, defined our generation.  It was written and sung by an unknown “Robert Zimmerman” who changed his name in 1963 to Bob Dylan; hence, America had it’s Bard.

In 1965 I heard a song called “Catch the Wind” by a person with the name of just “Donovan”, real name Donovan Leitch thus the UK had its Bard.

Now in Canada, and I am Canadian, born and bred. In 1965 I heard a song called “Ribbon of Darkness” by a person that at one time, played on the sidewalk of Yonge Street in Toronto and we would throw money in his guitar case. He was Gordon Lightfoot and Canada its our Bard**. 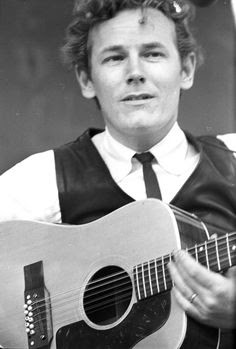 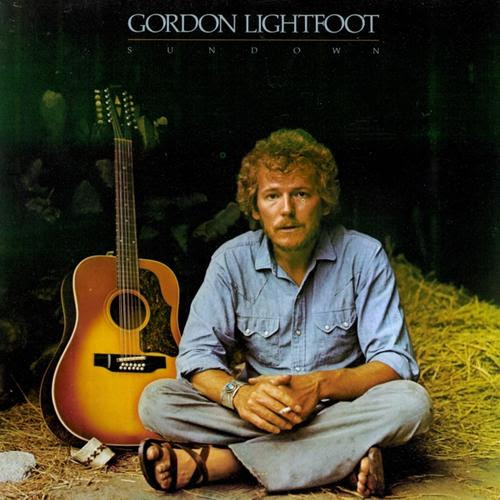 I will use the Canadian listings as they are more accurate.

1975 / The Wreck of the Edmund Fitzgerald

One of the leading singer/songwriters of the 1960s and ’70’s, Gordon Lightfoot was Canada’s most successful contemporary folk artist, establishing himself as an important songwriter in the mid-’60’s and going on to become a major international recording star in the following decade.

Lightfoot‘s songs are literate but down to earth, and deal with personal matters as well as global issues in a manner that’s poetic yet accessible, and his rich, strong voice is a superb vehicle for his material, though his songs are versatile enough that many artists have enjoyed success with his tunes.

Lightfoot was born in Orillia, Ontario on November 17, 1938. His mother had an interest in music and recognized her son’s talent at an early age; he was singing in church at the age of five, and came in second in a local talent competition when he was ten.

At 12, Lightfoot began studying piano and voice, learning the rudiments of both pop and classical styles, and after winning a Toronto Kiwanis Festival music contest in 1951, he performed as part of a special concert at Toronto’s Massey Hall (widely regarded as Canada’s equivalent to New York’s Carnegie Hall in terms of prestige). After Lightfoot‘s voice changed, he taught himself to play guitar and began performing with a folk group called the Teen Timers, and also took up drumming and singing with a barbershop quartet.

After graduating from high school, he moved to California to study orchestration and jazz composition at the Westlake College of Music. While Lightfoot found work singing on demo recordings and commercial jingles in Hollywood, he didn’t care for life in California, and returned to Toronto to focus his efforts on folk and country music.

In 1960, he became a member of the Swinging Eight, the in-house vocal group on the popular Canadian television series Country Hoedown, a position he held for two years, and formed a duo with fellow singer Terry Whalen called the “Two Tones”.

While the Two Tones were popular enough to play at Canada’s celebrated Mariposa Folk Festival and release an album in 1962, the duo was short-lived, and Lightfoot gave Europe a try in 1963, spending some time in Great Britain and hosting an eight week BBC-TV series, The Country & Western Show. By this time, Lightfoot had begun playing occasional solo dates, and had a regional hit in Canada with the single “Remember Me (I’m the One),” a moody pop ballad.

In 1963, Lightfoot discovered the work of Bob Dylan and began approaching his songwriting in a new and more personal style. Ian & Sylvia Tyson, the popular Canadian folk duo, heard Lightfoot performing some of his new material at a club in Toronto, and were impressed enough that they added some of his songs to their repertoire.

Ian & Sylvia also brought Lightfoot‘s songs to the attention of their manager, Albert Grossman, who signed Lightfoot to a management contract.

A number of major artists began recording Lightfoot‘s material, most notably Peter, Paul & Mary (who enjoyed hits with “Early Morning Rain” and “For Lovin’ Me”) and Marty Robbins (he topped the country charts with “Ribbon of Darkness”).

In 1966,Lightfoot signed a recording contract with United Artists Records, and his first solo album, simply called “Lightfoot!”, earned favourable reviews and was a modest commercial success. Between 1967 and 1969, Lightfoot would record three more studio albums and a live LP for United Artists, and he became a major star in his native Canada, where his albums often spun off hit singles, and he began headlining annually at Massey Hall to sold-out crowds. But in the United States, his songs were best known in recordings by others.

In 1970, after Lightfoot‘s contract with United Artists ran out, he broke ties with Grossman and signed a new record deal with the Reprise label. Lightfoot‘s first album for Reprise, “Sit Down Young Stranger”, boasted a more polished and sophisticated production than his UA material, and it spawned a long-overdue U.S. hit, “If You Could Read My Mind.”

The single rose to the Top Five of the pop charts, and after the album was retitled If You Could Read My Mind, it reached the Top Ten. While Lightfoot had finally achieved international success, he continued to live and base his operations in Canada, and his next album, 1971’s Summer Side of Life, featured several tunes focused on life in his homeland.

In 1972, Lightfoot released two albums, Don Quixote and Old Dan’s Records, but he was forced to cut back on his touring commitments after he was diagnosed with Bell’s Palsy. In 1974, he returned with the album Sundown, which included the title tune and “Carefree Highway,” both of which became major hit singles, and his next two albums would also feature pop hits — Summertime Dream included the modern-day folk narrative “The Wreck of the Edmund Fitzgerald,” and Cold on the Shoulder included “Rainy Day People.”

Lightfoot‘s United Artists material had been reissued on a regular basis since “If You Could Read My Mind” became a hit, but he’d become disenchanted with the production and performances on his early albums, and the 1975 collection Gord’s Gold featured new recordings of ten songs from his days at UA as well as 12 more recent hits.

From 1978 onward, Lightfoot‘s presence on the singles charts began to fade, and while he continued to record and tour regularly, his stardom in the United States declined, though his annual run of shows at Massey Hall confirmed he still had a large and loyal audience at home.

Lightfoot also began devoting more time to benefit shows for various charitable concerns, including world hunger and the environment, and he dabbled in acting, starring in the 1982 films Harry Tracy and Desperado, and playing a country singer on the short-lived American television series Hotel in 1988. In 1986, he was inducted into the Canadian Music Hall of Fame.

Lightfoot began experiencing a creative revival in the ’90’s, recording two of his best-reviewed albums in decades, 1993’s Waiting for You and 1998’s A Painter Passing Through, but his career nearly came to a halt in early 2002 when he suffered an abdominal aortic aneurysm; he was in a coma for six weeks, and had a three-month stay in the hospital. He survived the illness, and in 2003, he was named a Companion of the Order of Canada, the highest honour the nation bestows on civilians.

Early 2004 saw the release of Harmony, an album Lightfoot began working on before he fell ill; by the end of the year, he was back on the road.Lightfoot experienced another health scare in the fall of 2006, when he suffered a minor stroke that cost him some mobility in his right hand, but within six months he was able to play guitar again, and continued to perform on a regular basis.

In February 2010, word spread on the Internet that Lightfoot had died, and many Canadian news organizations picked up the story. However, the singer himself happened to hear a news report about it while driving home from a dental appointment, and displaying an admirable sense of humour, contacted a Winnipeg radio station to confirm he was still alive despite reports to the contrary.

In 2012, Lightfoot released All Live, a collection of recordings from his many appearances at Massey Hall; it was only his second live album in a career lasting over 40 years.

** For all of the doubters, I recognize the talents in MY Country Canada and it’s Artists.  The Guess Who were motivated by Gordon Lightfoot. I acknowledge the talents of Leonard Cohen, but I believe History will recognize Gordon as the person who motivated Canadian Artists and paved the way for the Flood of Talent that came.

Lightfoot stayed “Canadian” in Canada even though he was offered money and even larger fame to move to San Francisco.  He drank to much and probably had to many wives but he took a 6 1/2 minute story about an Ore boat sinking and made it a NUMBER 1 song.  He truly is the Bard of our country (my opinion) and this documentary really supports that theory…  https://gem.cbc.ca/media/documentary-specials/episode-50/38e815a-01215e77045

This entry was posted in music, Retro, WPaudio. Bookmark the permalink.