This artist has not had much fame in North America or I guess the world.  In 1957 I remember hearing this pumping piano through my little AM Radio and fell in love with “ Whole Lotta Shakin’ Going On” which apparently was a One Take record on Sun Records by Jerry Lee Lewis.  I guess maybe 15 years ago I heard a piano player from Sweden that sounded really good and very much like Jerry Lee.  So I would like to introduce our bloggers to this fantastic musician. 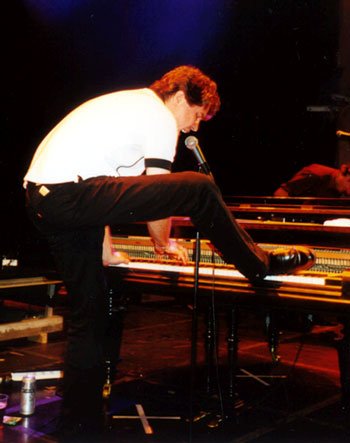 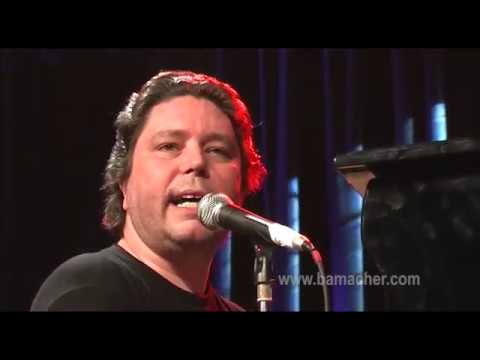 (remember he did not have anything on the charts in North America)  These are some of the songs and arrangements I like.

They call it Rockabilly (I agree with the Lyrics)

When My Blue Moon Turns to Gold

Micke Muster was born on the fifth of September in 1962 in Svenstavik, Jämtland. Already as a four year old he felt his way on the keys on a piano that belonged to a neighbour. There he was sitting like he was glued to the piano and after only a few hours everybody was surprised that “the little one can play boogie woogie”. At the neighbours house it became totally quiet until everybody understood what had happened. Little Micke had found his purpose and now he took all the chances he could to play. Forget “twinkle, twinkle little star”, at this point it was a question of Rock´n´ Roll all the way from the beginning.

At the age of eight Micke and his family moved to the royal capital, Hagalund in Solna outside of Stockholm. One problem soon occurred; there was no piano available, but soon Micke had found a solution to the problem. He walked from music store to music store explaining to the clerks “my parents will be here any minute”. That was a way for him to steel a few minutes by the piano before the lie was revealed.

When Micke was about eleven years old his mother showed him her record collection and that was the way he got in contact with Elvis Presley for the first time. He loved it from the beginning and imitated the rock songs, songs like “Love me tender” was rejected immediately. A couple of years later, by coincidence, he bought a Jerry Lee Lewis record, the live LP from Star Club in Hamburg in 1964. That music was absolutely the best he ever had heard, and probably the best he ever would hear. While Micke´s mother were going crazy, Micke himself sat in front of the speaker and soaked in every note.

Micke does not know how he got his interest or his almost genius talent because no one else in the family has been gifted like this.

Micke has had a certain contact with Jerry Lee and also with his sister Linda Gail. They met for the first time in 1985 after a concert in Stockholm. Jerry Lee was living in Hotel Plaza and many of his fans had gathered in the piano bar to maybe be able to get a glimpse of him and hear him play a few songs. When time passed by and nothing happened Micke was persuaded to play instead. After about half an hour people started to whisper and point. Jerry Lee had arrived at the piano bar and now he stood next to the grand piano to listen. Micke could see a glimpse of his red leatherjacket in the corner of his eye and he could feel Jerry Lee watching him at the same time he felt a sweat breaking out.

Micke had not had any intentions to take Jerry Lee’s place by the grand piano, but he pulled himself together and played a song for Jerry Lee instead, and after that they played a boogie-woogie together during the crowd’s exultation.

After this event Micke got the offer to record the soundtrack to Jerry Lee’s movie, “Great Balls of fire”, 1989. Micke turned the offer down with the motivation that he, in all his modesty, does not do Jerry Lee justice, and that Jerry Lee himself still is good enough to do it himself.
On his 13th birthday Micke finally got his longed-for piano.

In the summer of 1982 Micke got the chance to begin at Mats Rådberg’s music nights at Tyrol in Stockholm. After that, a few years followed with persistent playing at all sorts of events with the result that the repertoire got bigger. Now Micke has got over 600 titles in his register.

In 1987 Micke called Janne “Loffe” Carlsson, who at the time had a TV-show called “Circus” in Stockholm. “Of course you should join the show” was Loffe’s answer, and after that TV-appearance the offers started to drop in.

In 1988 Micke recorded his first record called “Rockfire”, that quickly was sold out in the record stores. The record got four wasps out of five in the newspaper “Expressen” and Börje Lundberg.

The so- called producer unfortunately was not serious and he managed to ruin everything. Many angry and future buyers never got their copy of “Rockfire”. All of that happened without Micke’s knowledge.

In 1989 Micke participates in Country-SM and gets a honourable second place with the song “When your memory comes around”, a song Micke wrote in ten minutes.

The same year Micke participated in the TV-show “Oldsberg för närvarande”. In the summer of 1990 Micke was offered to start the show for Chuck Berry, Fats Domino and Little Richard. The thirty minutes Micke had been given never became less than sixty. The audience loved his Rock ’n Roll.

In the fall the same year Micke appeared at Loffe’s again. This time in the show called “Kulan”. In July 1991 Micke was one of the main attractions at a rock gala that was arranged in the Finnish city Jacobstad. The radio and press in Finland gave Micke some excellent reviews, for example they wrote ”the galas big gun, where does he come from? We want to see more of him”. By now Micke has got a big and faithful crowd of fans, not only in Sweden, but also in Norway and Finland. All this owed to his enormous talents.

In 1992 there was a TV appearance in “Hallå Sommar-Sverige” and the following year he was a guest artist in “Lönnå med gäster”.

In 1995 Micke released his second album, “Hotel Waitress”. Also this record got a warm welcome. The newspaper Expressen called it “the best party record at the moment”.

In June 1997 Micke was the main artist of the TV-show “Solsta’ kväll”.

In 1998 Micke celebrated his tenth year anniversary as a Rock’ n Roll artist.

In these days, Micke is considered to be one of Europe’s best Rock’ n Roll artists. Jerry Lee Lewis himself recently confessed that Micke is the best Rock’n´Roll pianist and singer next to himself! That is not a bad compliment!