A large percentage of material used in this blog is the property of the originators, and it will be removed upon their request. Please support the artists and buy their music. Videos are posted for historical and educational purposes only and on a nonprofit basis. No copyright infringement is intended. If you are a copyright holder who wishes to have your material removed, please contact us. There is NO Monetization. 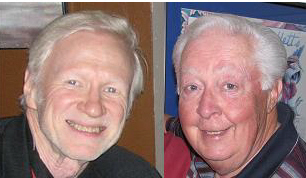 Gary: I guess this is how it all started – I sent an email to Russ telling him about some music I loved. He said, we could start a blog.

My friend Russ and I have been writing this blog since June 2009.  We attended the same High School but really did not know each other as he is ONE Year my senior and I keep reminding him of that.
If you are one of our blog followers you know that Russ is the consummate musician and I am a 5 chord wonder. Russ is very articulate in his writing and I basically can be all over the place.  I, on the other hand, am the reason the blog exists as 90% of the ideas and drive comes from me.  Russ does the maintenance. As we both grew up in the computer industry, he would be the better code writer and technician.

… Good old times and the Best Years Of Music.

Living in  the Past? 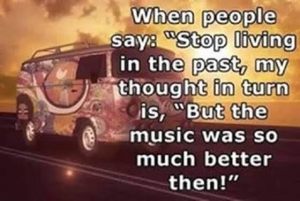 Russ is a composer, producer and saxophonist. His primary web site is: http://www.rstrathdee.com 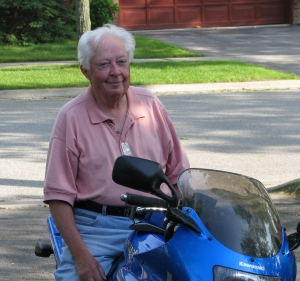 Gary and his bike

I grew up in a small community called Newtonbrook, which became Willowdale, and now is North York, all part of Toronto, Ontario, Canada.  There where not many houses around when I was a kid, so I walked about 2 kms to school each day.  As the area grew, a new school called Lillian Street was opened just blocks from my home.  Well I was back on the Bus again, because my High School, Earl Haig Collegiate, was about 10 kms away (8 miles).  It was at this time, the birth of Rock and Roll, my love of music started.  My Dad also loved music, played a little guitar and bought 78’s of 12th Street Rag/Pee Wee Hunt, Spike Jones and his City Slickers and so on.

Russ and I ran in different circles at high school (Earl Haig); he was the high flying sax player and 1 year older while I was a five chord wonder on the guitar.  I knew as soon as I heard Fat’s Domino’s “Ain’t That a Shame” that I was hooked.  I ran dances. I love to Dance; I do not know where it comes from but I posses natural Rhythm (some white people do have rhythm and can dance).  My parents where great, we where far from wealthy, there were some lean years, so I always had a part time job.

My working career was in the Computer field/Sales and Marketing with about only about 6 companies over a 40 year period and I think very successfully.

I found Russ again in 2008 and we may not have been close in High School, but I think that we have a common interest “Music” and I think we like each other (he is a tough Boss).  My interest in Music has never waned, I have taken College Courses on the Birth of Rock and Roll, I have an extensive written Library on the subject (best books are the Norm N. Nite Rock On Series) and have been collecting Music on vinyl, tape, CD and DVD for about 56 years.  If I ever feel a little down, I just go to the basement, turn on the system and Crank it up and my troubles seem to go away, that includes my wife, she hates loud music. The only reason that I put so much time into Russ’s Blog (you would not believe the time) is Russ; he talked me into it and we have become close friends while doing it and that I think I enjoy more. 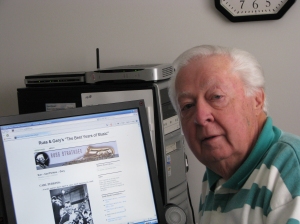 This just in from Gary, who is enjoying a great vacation at Berry Creek area of Georgetown, Texas. Yeehaw! 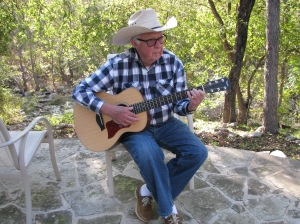 My Blog partner Russ and I spend, literally Thousands of hours creating the Blog.  People have asked me, WHY?  Well in Russell’s case, it just keeps him off the street, and for me it’s who I am .  Really, we both do this because we are NOT in love with the music of today and we do not want people to forget about the incredible era that we grew up in.

I was encouraged by Russ to take on this project.  Well, it has been over 2 years now, and what a ride it has been.   I think we both enjoy it immensely and we have become very close friends because of this simple little Blog.  Not only Russ, but I have made some very good friends from the Blog, Misty (yes I know her real name, she was one of the first Go-Go Dancers in the Peppermint Lounge) in Florida, Marilyn in Washington State (the biggest Rick Nelson Fan I know) Gene Thomas in Texas (had top 40 hit in 61) Wally and Drew in Washington State, Adrian in France and the list goes on.  Although it probably has taken close to 2000 hours of my time over the past two years, I have enjoyed all of  it and will keep at it because,  We will not let the “Music Die”.

– From Russ’s dear drummer friend, Sonny Milne, who said,  “I can think of a few places this should be worn “… 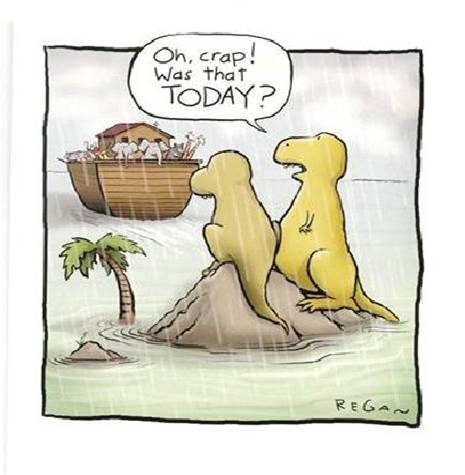 Russ and Gary watching the boat sail off